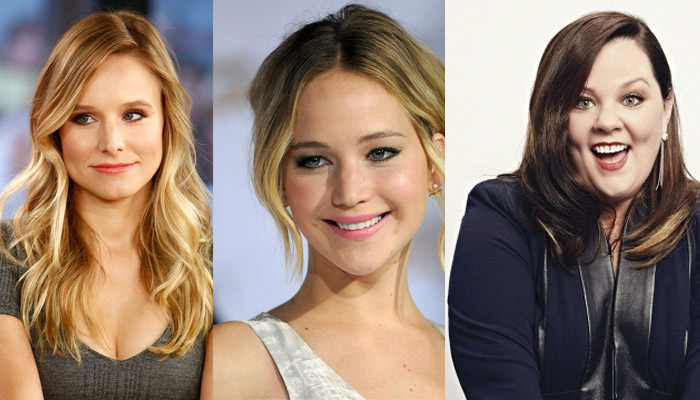 During the days when movie studios controlled every aspect of an actress’s life, celebrities rarely, if ever, spoke candidly about their lifestyles, diets, or exercise and beauty regimens beyond what was approved (and usually filmed) by the studio. Any type of plastic surgery or even non-invasive treatments beyond the occasional product or business endorsement were not only well-hidden, but forbidden to discuss. Even pregnancies were rarely mentioned until after the fact.

Today’s celebrities have no such limits when it comes to talking candidly about what they’re eating, how they work out, and how they’ve dealt with their own body images during their careers. Luckily, the pressures to be body-perfect in Hollywood are slowly fading. Here are a few tops celebrities on their own problems and successes with body image.

Besides having a second baby with fellow actor and husband Dax Shepard, Bell is honest about the fact that quickly losing her post-pregnancy pounds wasn’t her main priority.
“I’ll work out and eat healthy, but I’m not desperate to shed the weight. Body image is what you make of it. I refuse to compare myself to anyone anymore. I’ve done it; it didn’t make me feel good,” she admitted.

Lawrence may be the current front-runner for “America’s Sweetheart,” due to her popular Hunger Games character, her self-deprecating humor and her honest, open personality. In addition to refusing to lose weight for movie roles, she believes the word “fat” should never be used on television, she has harsh words for the media’s influence on body image.
She said, “… the media needs to take responsibility for the effect that it has on our younger generation, on these girls that are watching these shows.”

McCarthy rightfully gained stardom in Bridesmaids once word spread about how hilarious she was. Her hysterical performances have popularized several movies that wouldn’t have been half as funny without her.
While she admitted that most criticism about her size would have hurt her feelings years ago, she’s more concerned that such public comments can have a harsher effect on younger fans.
McCarty admits her weight has fluctuated through the years, and that she used to be far thinner. “If I was a 6 or an 8, I thought, ‘Why aren’t I a 2 or a 4?’ Now I feel like I have two great kids and the dreamiest husband on the planet, and everything else is just a work in progress she said.”